Woodcarving includes any kind of wood sculpture. This is from the decorative bas-relief (figures or design elements that protrude out of a flat surface), smaller objects or figures to full life-size figures, furniture, or architectural decorations.

The tools most commonly used are simple gouges, chisels, wooden mallets, and pointed instruments. Although wood sculpture art is one of the earliest forms of historical documentation, woodcarvings have withstood poorly in the elements of time and climate. Some ancient examples have been preserved in the dry climate of Egypt, but most timbers do not bold well in humid climates unless appropriately treated.

The carving of wood sculpture masks and statuettes was common to the African tribes and totem poles were used for the basic religious rites of the tribes of the Northwest Coast of America.

European countries such as Scandinavia were highly developed in woodcarving, and examples have been preserved of 10th- and 11th-century work. During the Gothic period in England, they produced extremely fine carving, especially on choir stalls and rood screens. Although the Puritans ruined much of wood sculpture art, enough has been preserved to show its beautiful workmanship. In France, woodcarving was a part of religious art, and the carved altarpieces were especially notable. Italian woodcarving did well during the Gothic period in Pisa, Siena, and Florence. During the Renaissance, woodcarvings and wood sculpture art remained an adjunct of Italian artistic development.

A large number of the 15th- and 16th-century artists in Germany worked in wood, creating monumental wood sculpture art and altarpieces. The greatest known was Hans Multscher, Michael Pacher, Veit Stoss, and Tilman Riemenschneider. At the end of the Renaissance, woodcarving went into a slight decline. It had a revival in the early 18th century. At this time, Grinling Gibbons in London carved for Sir Christopher Wren’s buildings. In colonial America, fine ships’ figureheads and many other great pieces, now considered important folk art, were executed in wood. Many of these becoming incredibly valuable if they were from a historically active ship.

The 20th century has seen a resurgence of interest in the medium of wood to create wood sculpture art. Wood sculpture art has also held a fascination for some abstract artists, notably Louise Nevelson who created large, intricate sculptural compositions of carved and turned wood forms.

Call us now for an appointment on 1300 278 347.  If you have any questions about sculpture art, our Sculptura team are experts and would love to hear from you.

Our extensive range includes sculpture by world-renowned artists and pieces that vary in size, style and investment value. Sculptura sells sculptures  in various materials including: 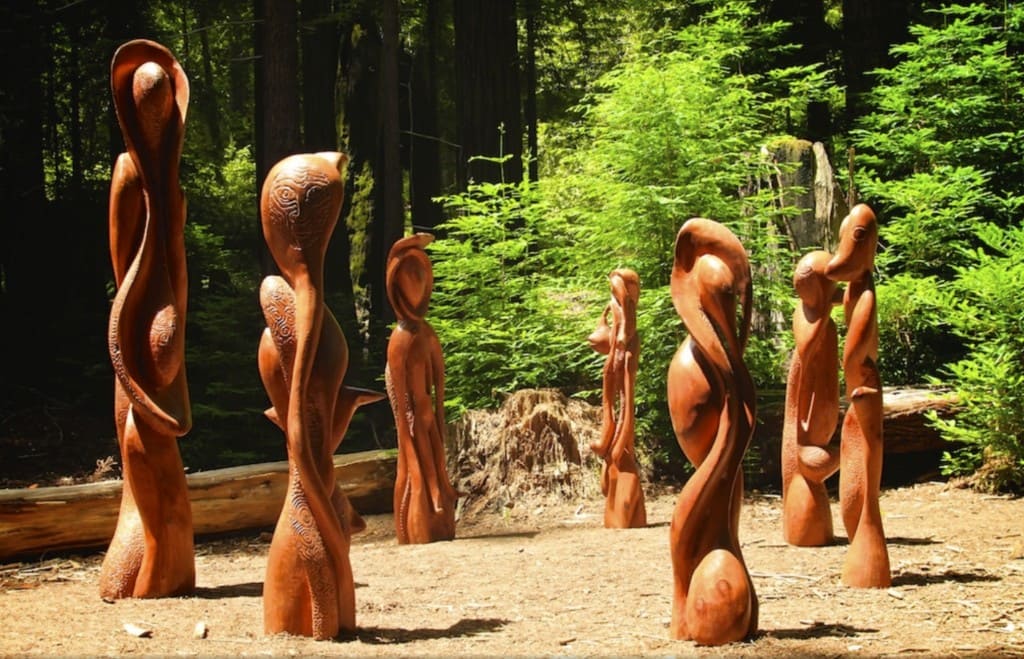